“It’s only my fourth day of testing in the car so it’s a big learning curve, I’m learning every single lap, my lap times are getting faster and the atmosphere here at F1 is crazy so it’s been a really good weekend so far. I’m doing the full season so I’m just trying to learn as much as I can and work out the right setups so that I can be confident going into the first round in January.” Driving for @3ytechnology this season, @tatinracing started karting at 10 years and finished runner-up in his first championship in 2015 in the Philippines. He raced in the Asian Karing Open Championship in Macau, finishing as vice-champion. Moving to Dubai, he raced Rotax and IAME X30 in Junior class and finished runner-up and P3 respectively. Representing the UAE in the CIK/FIA Academy, while also attending the Rotax International Trophy in the DD2 class in August 2019. Constantin will be racing in the DD2 Rotax Max UAE Championship and F4UAE in 2019/2020 and made his single seater debut this weekend at the Abu DHabi Grand Prix. Great to have you part of the championship Constantin! 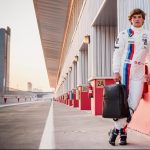 CONSTANTIN REISCH TO RACE IN STYLE WITH RODERERUncategorized 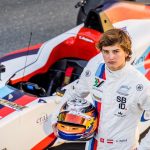